The Audie Murphy Memorial in Greenville Texas. The markers list the names of Americans from Hunt County Texas who died in wars from World War I to Vietnam.

Audie Murphy was the most decorated soldier of World War II, having received 33 awards and medals, killed 240 German soldiers, and was wounded three times. He was from Hunt County and was only 21 years old at the end of the war. 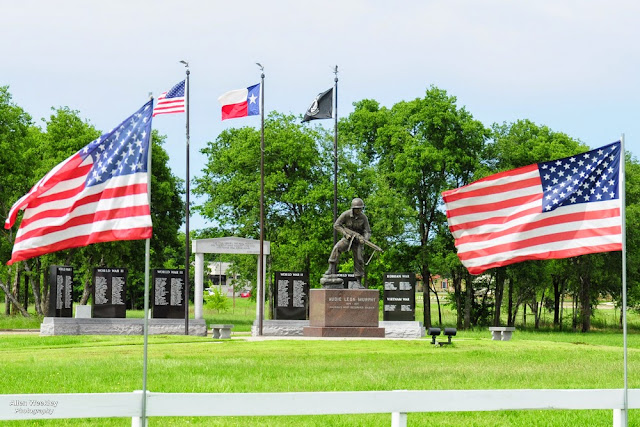