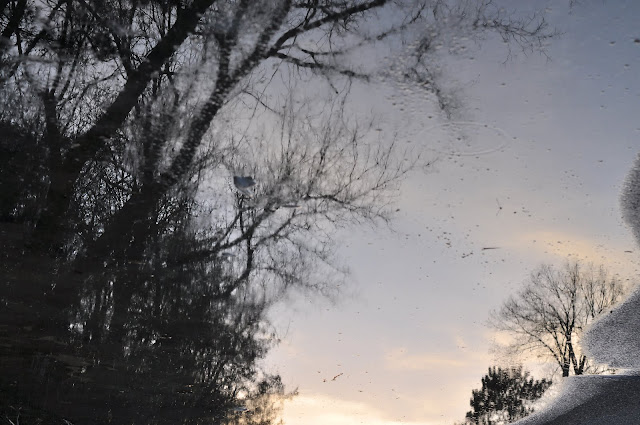 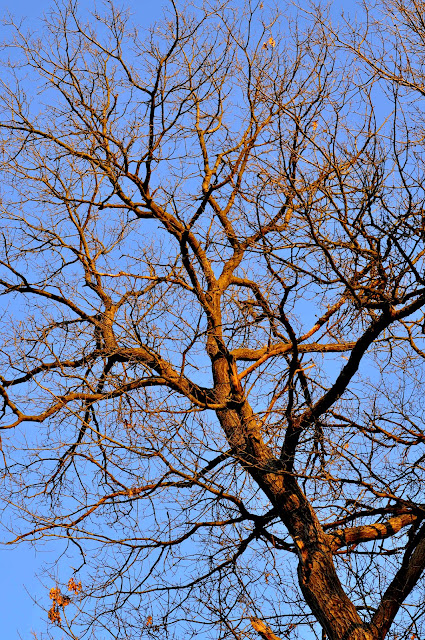 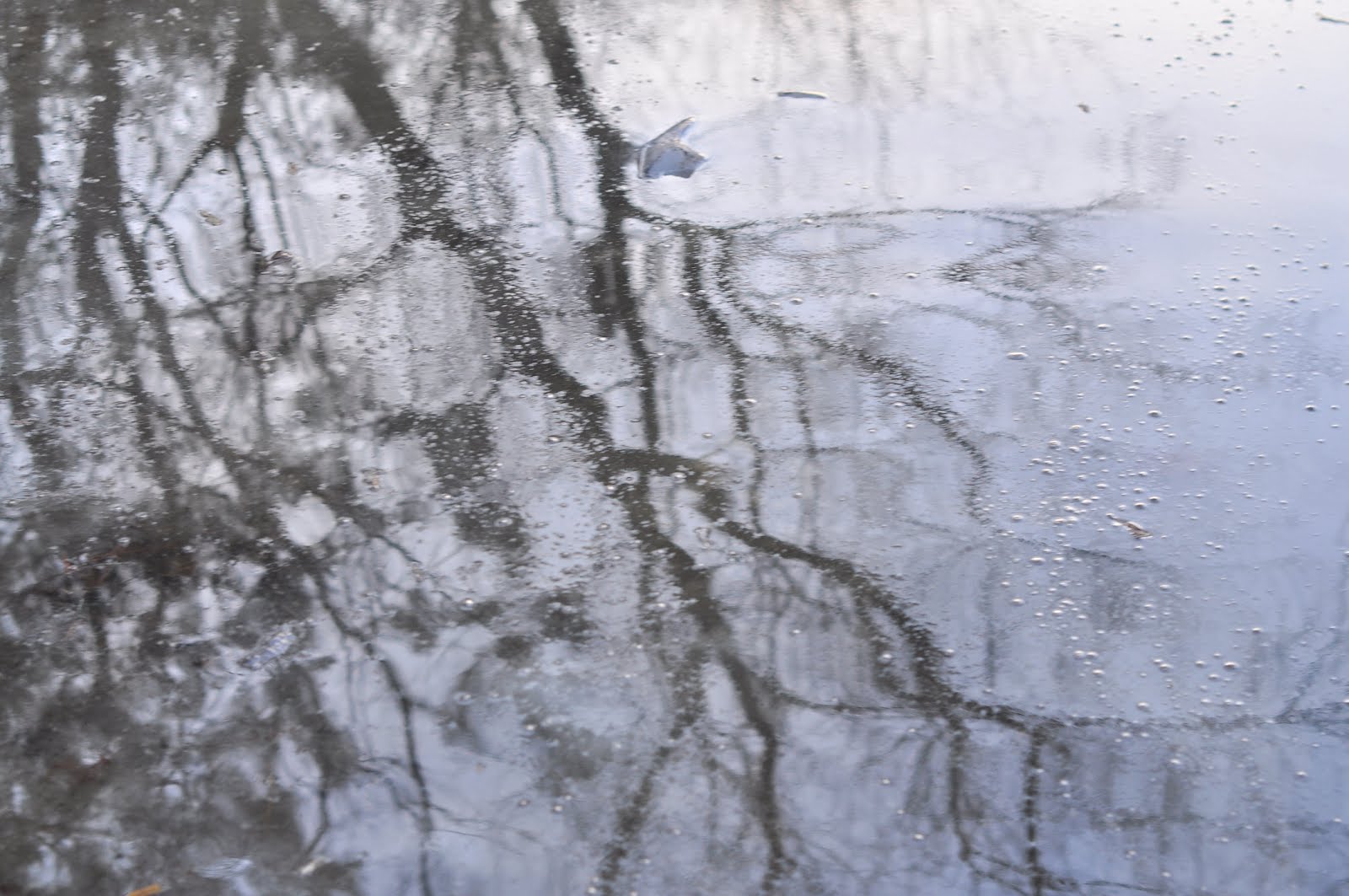 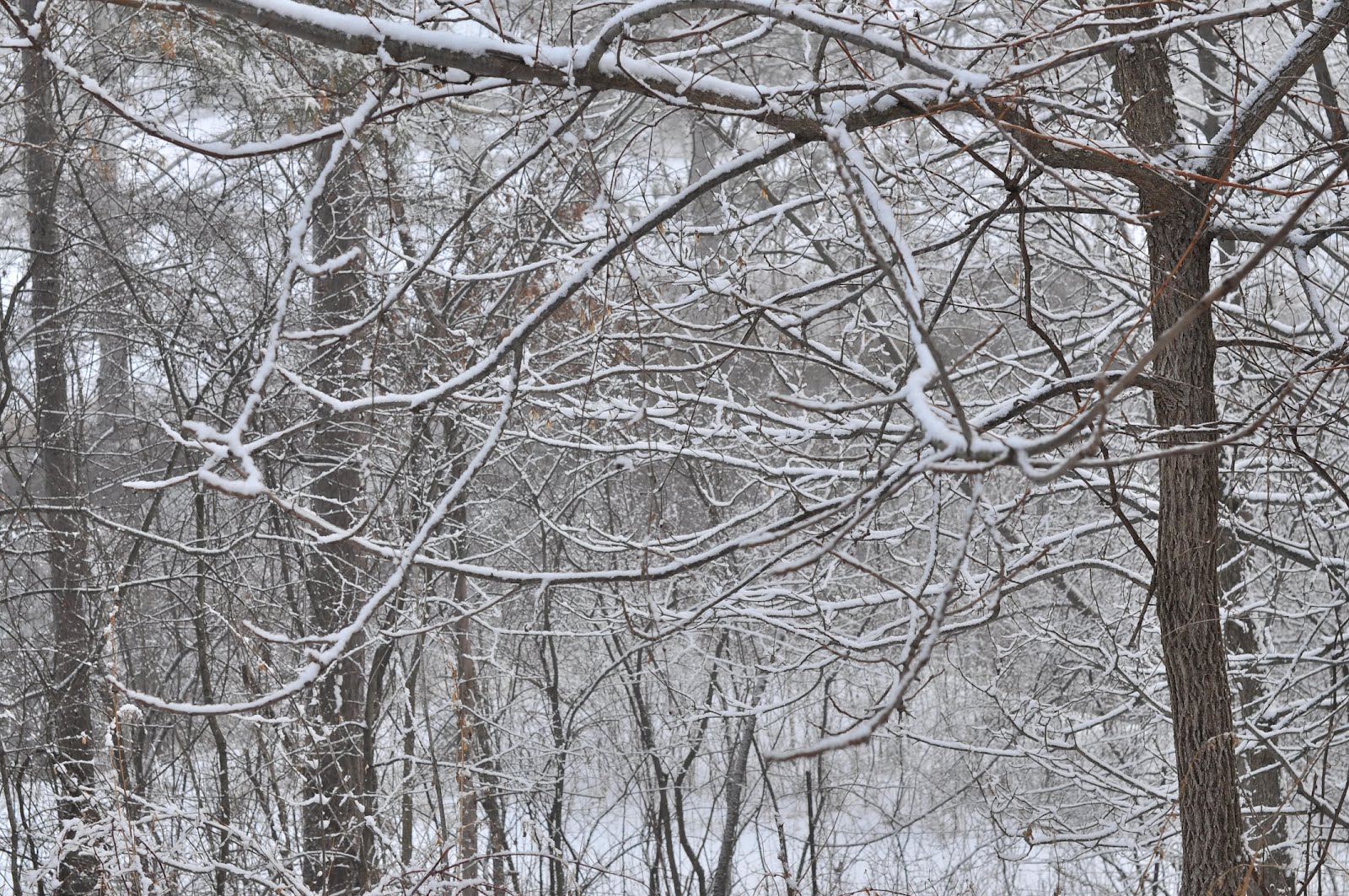 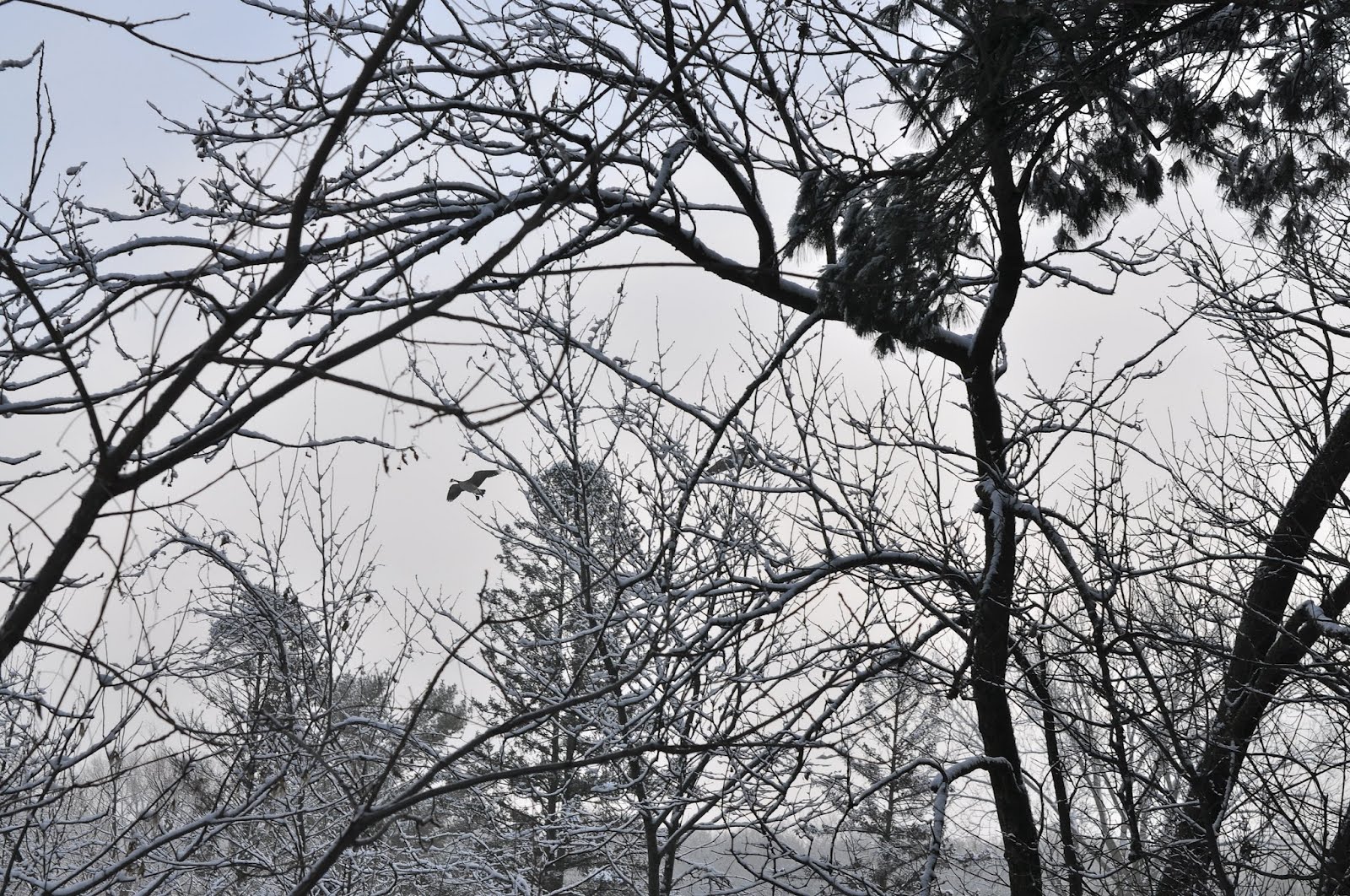 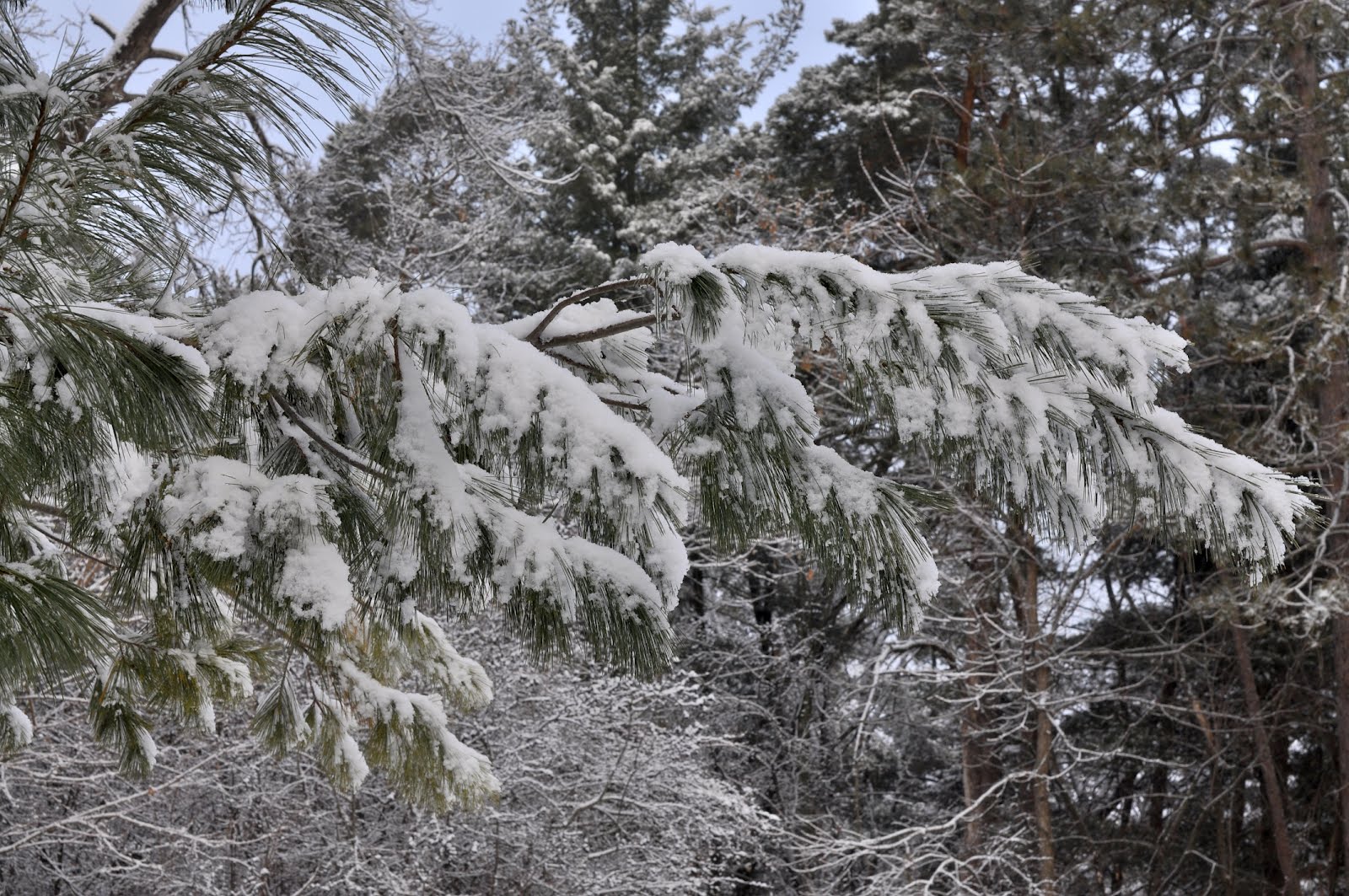 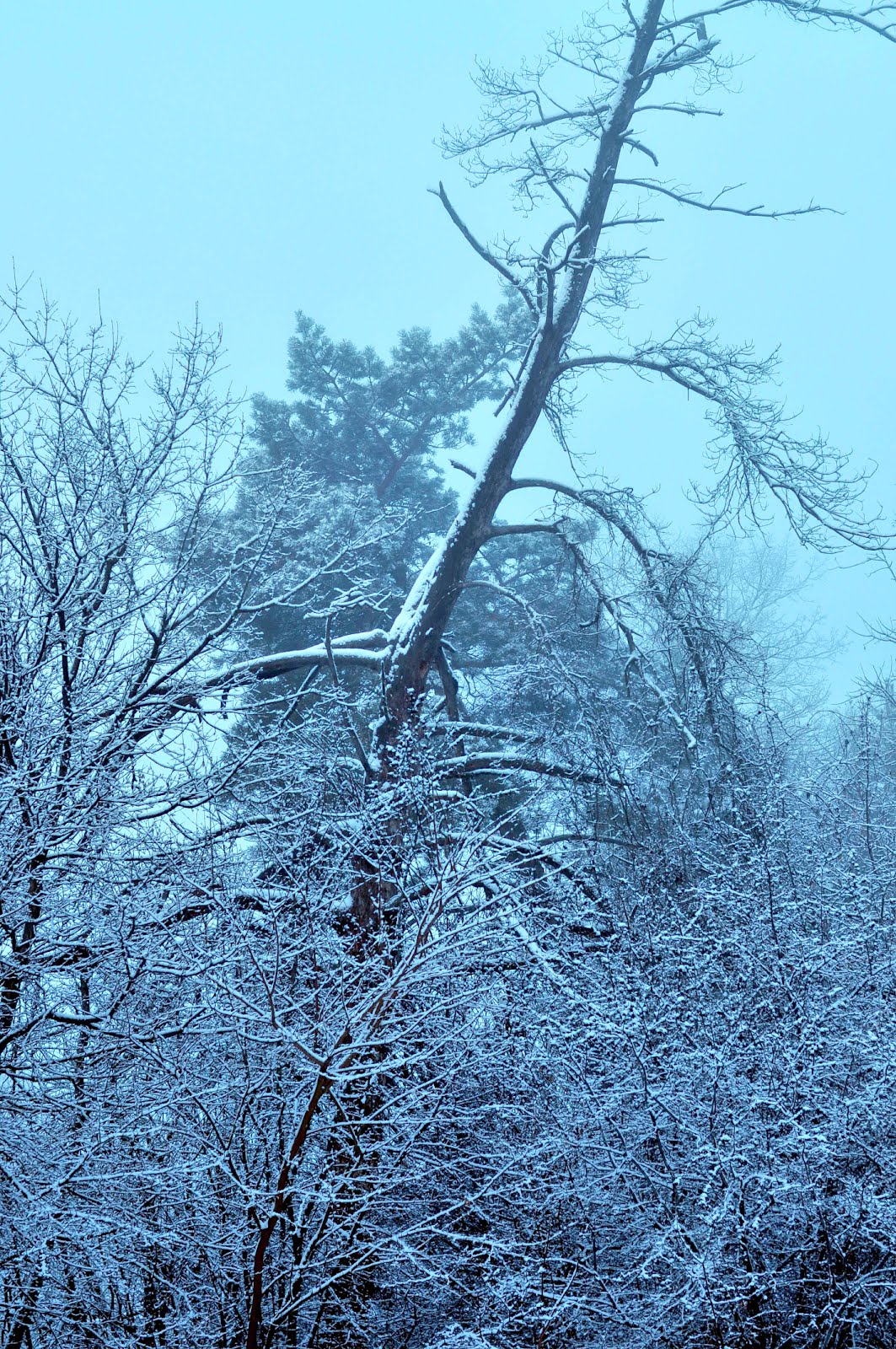 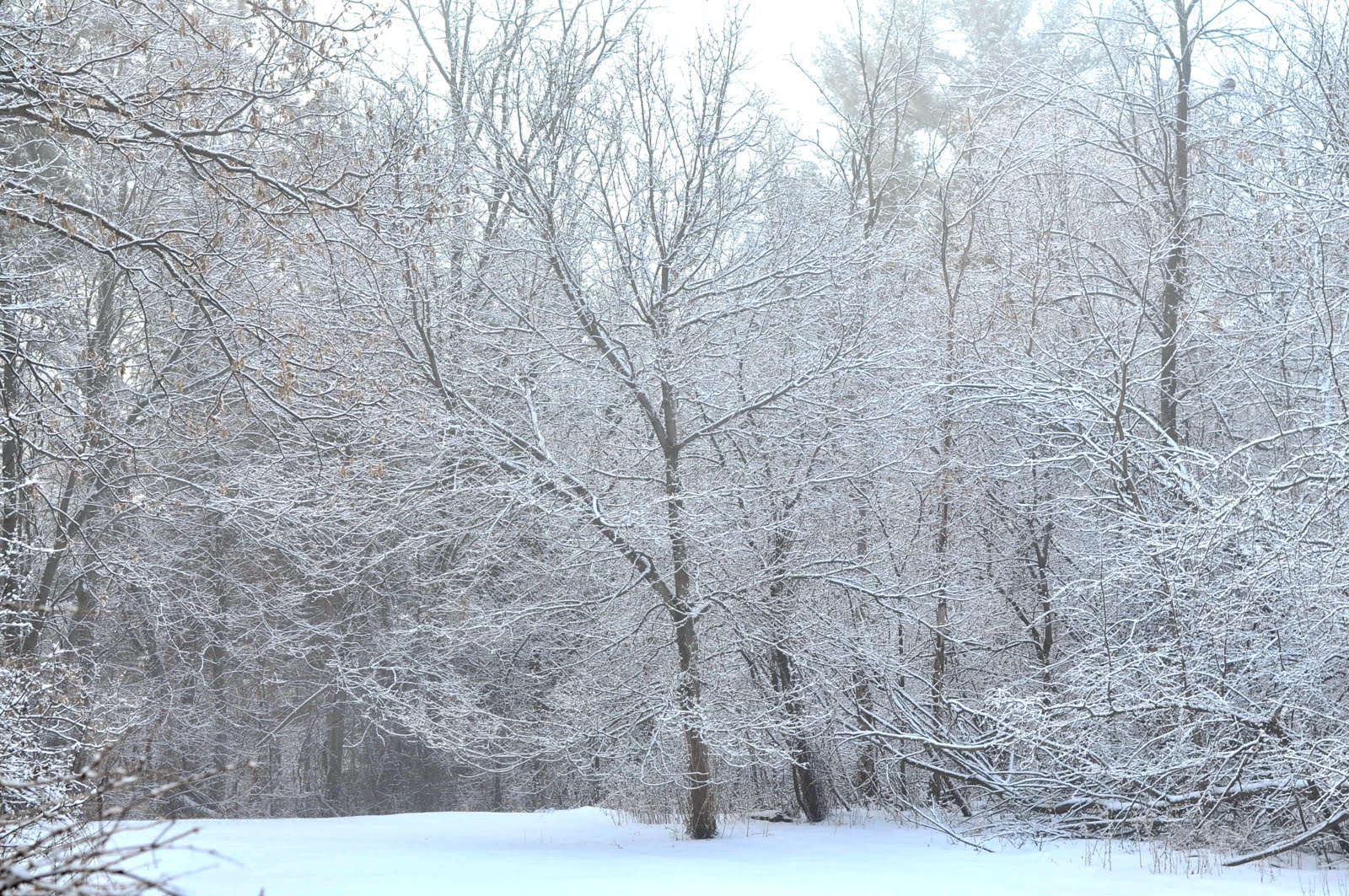 Snow outside my window. 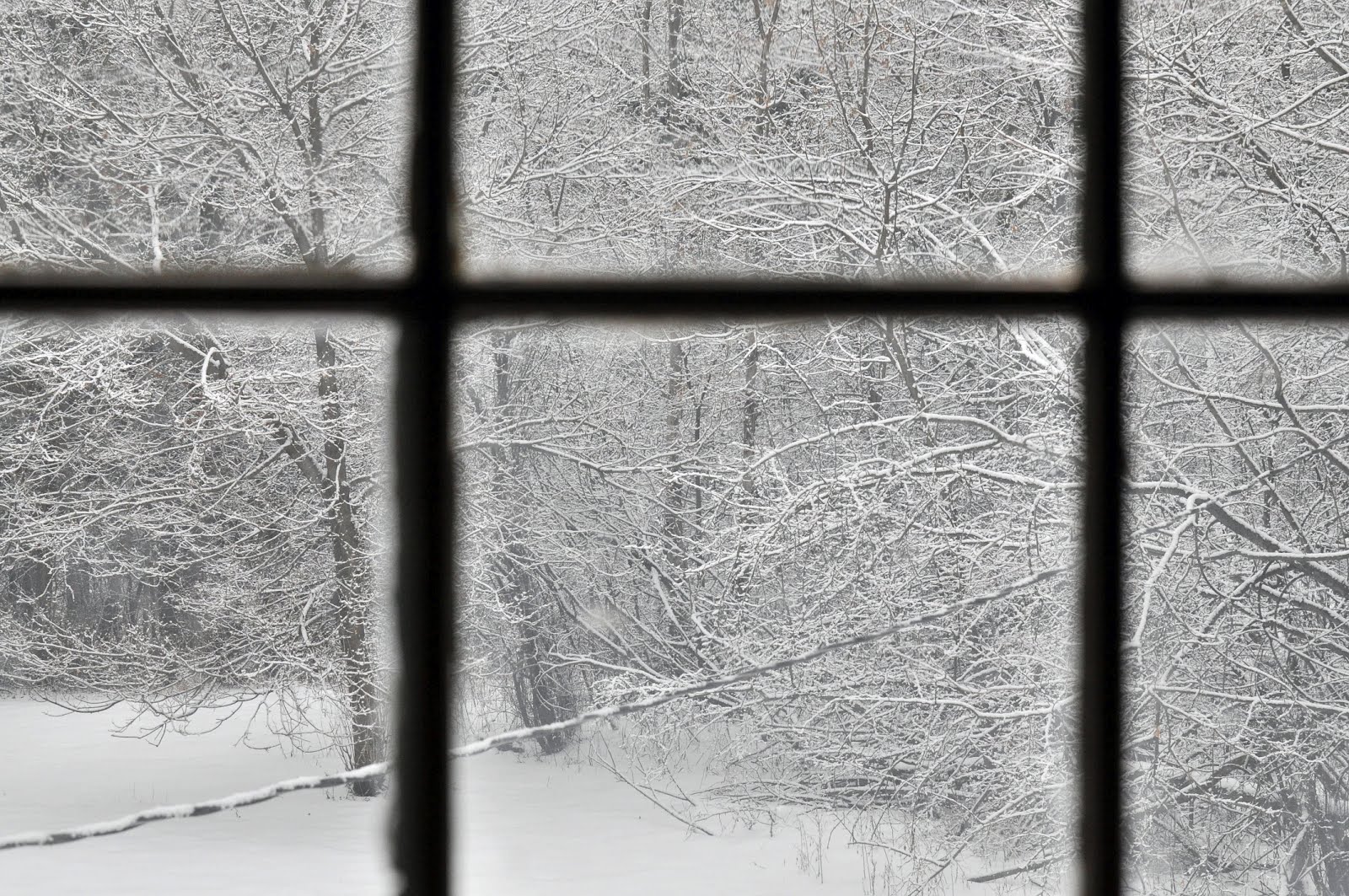 My colleague Rollin McCarty once remarked that "a photographer will stand one inch from a print." I believe he meant that a non-photographer viewing a large photo on exhibit would look at the artistic meaning and artistic impact of the print, and tend to take in the print as a whole. Many photographers would ignore the scene as a whole and walk up an inch from the print and assess how the very fine details looked. I sometimes think the whole concept with a number of photographers is that the fine details are more important than the artistic impact. From what I have seen written on the Internet, there are some photographers who do not even consider photography to be art. If the sharpness or exposure or contrast are not to their liking, the photograph is absolutely not acceptable. They will not even attempt to judge either the artistic or emotional impact on themselves, or the artistic or emotional intent of the photographic artist.

Technical details are a factor in photographic art. Some photos have maximum impact because they are well exposed, very sharp, have pleasing tonalities or pleasing color balance, a medium contrast, no blown out highlights, and no lack of detail in dark areas.  (Of course, a photo can have all these things and be of no interest whatsoever.)  Other photos may have none of these, but still be successful as an artistic statement. (At least in the eye of the artist. If it also has emotional impact for a client, so much the better). I was late to make the switch to digital from film (deliberately so). I also have only recently began to have dialogue with other photographers, usually in the past doing my own thing without much discussion with anyone but clients. It was a while before it registered that many of the serious amateur and semi-pro photographers I had discussed photography and art with had never seen film. They started with a digital camera and have looked at thousands of images from digital capture, but have never shot film and many have seen only a few images from film in their entire lives. I fear they are missing a rich history that would improve their understanding. Just as in my opinion the best pop musicians are those who are familiar with early rock and roll, early blues, and early country and folk music, photographers should be aware of the significance of the work in earlier eras and hopefully have some understanding of other media besides the ones they presently employ,

So this was a major disconnect with my attempts to understand where other photographers were coming from, but the medium is not really the point. Many photographers seem to have the goal of producing only images that are sharp, detailed, and well lit. I would suggest that this is an artificial limitation. When I am in forest with a canopy of thick trees at dusk, the scene is dim and soft to my eye. If I make an image of the scene that appears bright, sharp, and well lit, that could be an artistic statement for someone, but most of the time I want to capture the scene in such a way and produce an image in such a way that the final image is soft and dark. I would propose that it is acceptable for a dusk scene to be soft, because that is the way it looked to my eye when I was there in person.  The same with night photography. A photograph of a night scene should not look like it was taken in daylight. That is not my goal. Usually what attracts me to take the photograph is lost if I try to make a night scene bright, or make a low contrast scene into a high contrast image, or a high contrast scene into a low contrast image.

I showed this photograph (of Green Lake in Orchard Park, New York) to another photographer. He immediately started speaking about how to correct the exposure so the dark areas would be lightened. I thanked him for his feedback and did not discuss it further. To my vision, lightening the dark areas would ruin what I intended. I wanted to capture the brightness of the water but wanted the dark areas to contribute a sense of foreboding around this brightness, exactly what I felt when I was there. I in fact took this with a number of different exposure settings and this was the one that produced the effect I wanted. 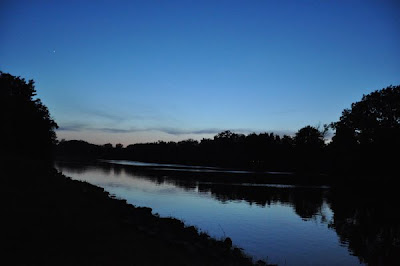 If you agree with my friend who thinks this scene is too dark, that is fine. This is my vision, but I do not expect every viewer to share it. If it makes an emotional impact on you, either positive or negative, please comment on this post.

Another example is this image. I was a passenger in a vehicle traveling on an expressway through downtown Montreal at night. I saw this scene developing. The only camera I could reach quickly was a Canon SD750 pocket camera. I took this through the windshield. I knew the image would streak and blur due to the slow shutter speed, but I was hoping for an interesting effect. 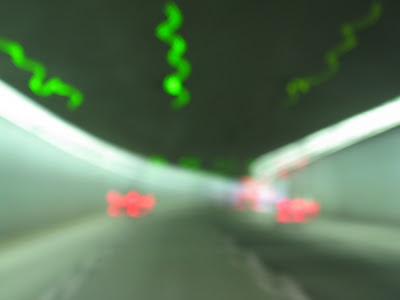 The white lines are lights along sound walls. The squiggly green lines are street lights high above. The red shapes are the taillights of other vehicles. They are not elongated because their speed was similar to the vehicle I was in. Many viewers think this photo is a disaster. But some clients think it is wonderful. I printed it on a metal sheet, which enriches the colors and creates more depth, and the 12 x18 metal sheet is mounted so it is about an inch from the wall, creating a natural shadow around it so that it has even more depth.

Snow in my yard. 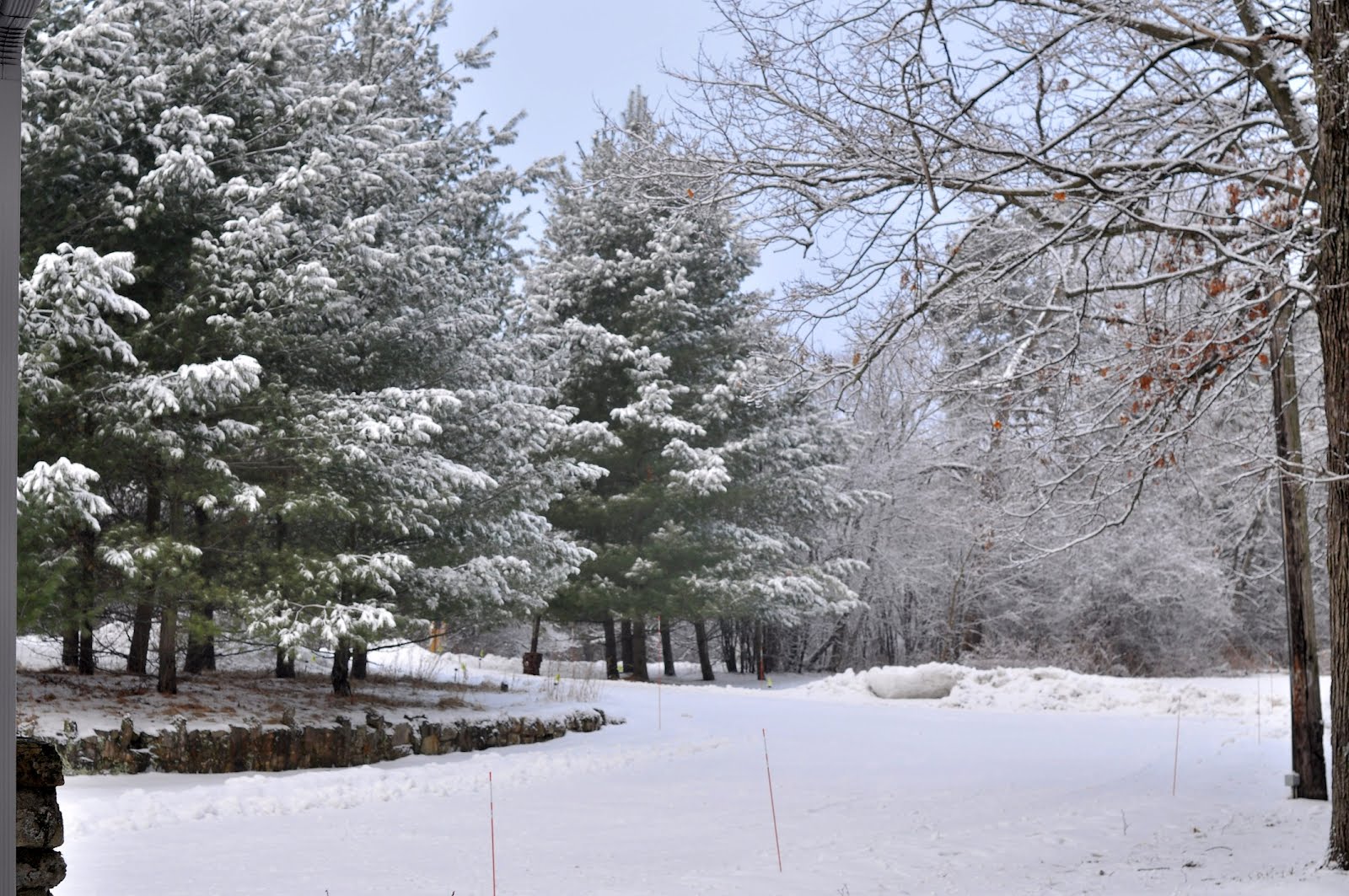 Snow in my yard. 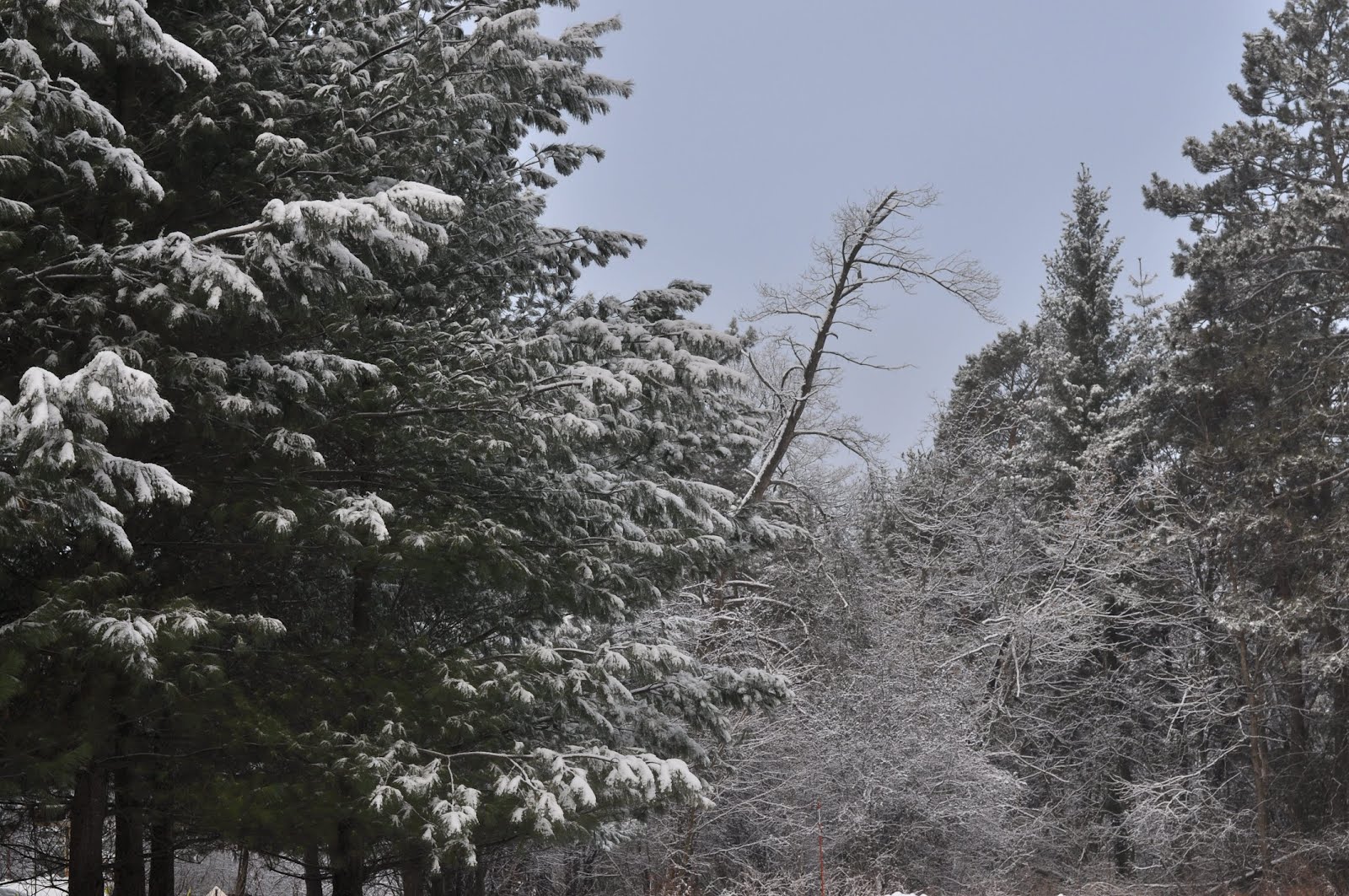